LOOK FORWARD to your “post-COVID” 2021 sailing holiday of a lifetime… and our beautiful Lagoon Catamaran yachts really do offer fabulous sailing and high-end quality!

You will start and end your memorable CUBA holiday at the perfectly situated marina of Cienfuegos ready to explore our selected areas.

Cienfuegos – our base – is know as “The Pearl of the South” “La Perla del Sur”: it offers all the services of a modern marina as a base for your sailing trip, but also the liveliness of a traditional and fabulous Cuban city, a hinterland with a variety of culture and nature.

Its location, in a wide deep protected bay, with good approach entries makes Cienfuegos an important port and as a trading port – sugar is exported and oil imported – it is second only to Havana.

The city of Cienfuegos especially retains the beauty of its unique location and a rich architectural heritage from the 19th century. The Teatro Tomás Terry, where Caruso has performed, and the Palacio de Valle, the villa of a turn-of-the-century Mudejar industrialist that is accessible to everyone as a restaurant, are among Cuba’s most famous architectural monuments.

We have two available weeks from which you can choose either one, or combine both, for that elongated two-week fabulous escape.

Our yachts are really wonderful, high quality vessels, provided by one of Cuba’s leading operators.  We have the availability for two Lagoon Catamarans (421/450), both wonderful high quality yachts, beautifully appointed, both inside and outside, full width dining saloon and lounge, exceptionally well-appointed galley with additional microwave and dishwasher, large ensuite cabins, each generously “more than the usual” for two sharing; just view our photo-gallery to see what you can experience.

The Sailing & Your Holiday:

For your one or two weeks on board, our sail destinations will depend on local weather and conditions. Our targeted destinations include areas within the Bay of Cienfuegos, also outward, through the Jaguar Channel to the Jaguar Bay and south Cuba coast; exploring both off the beaten track destination islands and bays to explore, and then also to specific island and mainland destinations.

Why not also extend your stay for a few days more and have that special land-based holiday, with  a coupe of extra days in Cienfuegos (described above), then also transferring to, and staying for some more extra days in the Cuban Capital: Havana. We have some ideas and suggestions for extending your holiday and would be happy to discuss these with you and give you some suggestions for spending a few more wonderful days sightseeing and experiencing the culture in and around both Cienfuegos and Havana.

These Lagoon CATs each have x4 large double ensuite guest cabins per yacht (with separate quarters for skipper/crew).

The Costs are still to be finally confirmed based on interest received and the yachts chosen, either Lagoon 421 and/or 450F yachts.

COVID-19 – when will it end?
Why and how should I register now?

No-one officially knows at the moment when this will finally end.

However, with countries NOW starting to ease their “lockdowns”, the industry thought currently is:  trusting that the second half of the season 2020 will certainly open in June and be well under way through July (some places earlier).

Currently, we foresee no issues with the planning of this sailing experience for April 2021.

Registering is nevertheless “non-committal” at the moment – just showing your interest. Bookings, with minimal deposits, will be taken at the end of June.

DO REGISTER YOUR INTEREST …  just to show us how many cabins could be possible. This HELPS us know at least some idea of numbers… so please do register …

REGISTER HERE ... for this event and get further information

Let Island Adventure Sailing look after you and
make your sailing holiday the most memorable you’ve ever had!

Go back to the main Island Adventure Sailing homepage
to explore more of what we offer.

OUR FABULOUS CATAMARANS in Cienfuegos, Cuba :
– two fabulous fabulous Lagoon 421/450 catamaran yachts
– fabulous to be aboard and wonderful to sail!
(click to enlarge; Lagoon 450 featured)

Get in touch with us

Click here to contact us for more details and to see what we can arrange for you.

Click here to view the Island Adventure Sailing social media (Facebook) page. You do not need log-in details, nor an account to view this page and its exciting posts. 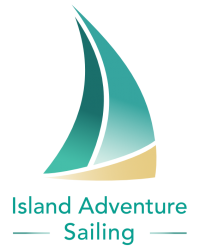 Check out our sailing locations featuring detailed descriptions of all our absolutely fabulous island destinations throughout Croatia, Greece and Italy in the Mediterranean; also Cuba and the British Virgin Islands in the Caribbean; detailing the range of skippered/hosted services available, along with all the exciting activities and optional extras to be experienced for all…

Book with SAIL CHARTER INTERNATIONAL and receive additional special offers and discounted products from our sailing partners – ask for details when you register for your QuickQuote or request any charter option from us.

Let US help YOU navigate your way through the minefield of charter agents, operators, discounts, quotes, offers, options and booking procedures etc. to secure, for you, the best possible yacht charter holiday for your needs and expectations.

get a personal quote

We use cookies to ensure that we give you the best experience on our website. If you continue to use this site we will assume that you are happy with it. OkPrivacy policy